The German online language courses in India are gaining momentum as it bridges the cultural gap, especially when you learn directly from native German speakers sitting in Europe. German is a fantastic language to understand the international job market. It opens the door to possess an international career, mostly in today’s global advancements.

Knowledge of German will increase your job opportunities with German and foreign corporations in your own country and abroad. If you are German-speaking student, you may get scholarship to study abroad in countries like Germany, Austria, and Switzerland.

German is called “Deutsch” in the German language. Germany, the country’s name, is Deutschland, which translates to “Land of German,” very much like “England,” the land of English. The German language has a better scope than French, here’s why?

More than 130 million people communicate in German in Germany, Austria, Switzerland, Luxembourg, and Belgium, Eastern France and Northern Italy. So you can now have your German classes online with a teacher from these countries.

The Covid-19 forced the teachers and students to go online. When you learn online, you can learn from any teacher around the globe. Why do you limit yourself to in-country teachers?

The major benefit of German online language courses is that you can learn directly from the native German speakers. There is no better teacher than the native speaker to teach the expressions and tones.

Only 30% of communication depends on the language and the rest of the 70% is all about how you say it! This 70% is about body language – expression and tone.

Like other European languages, the German language has 6 courses levels.

German and English are similar. Several words in German sound equivalent to English words. for instance, cross-check these words:

7 Reasons to Learn German in India

The German language has 26 letters, just like English. It absolutely takes some time to grasp the language as we are not a native of the European Union and we needn’t panic as it is not a rocket science to learn the simple and interesting language. 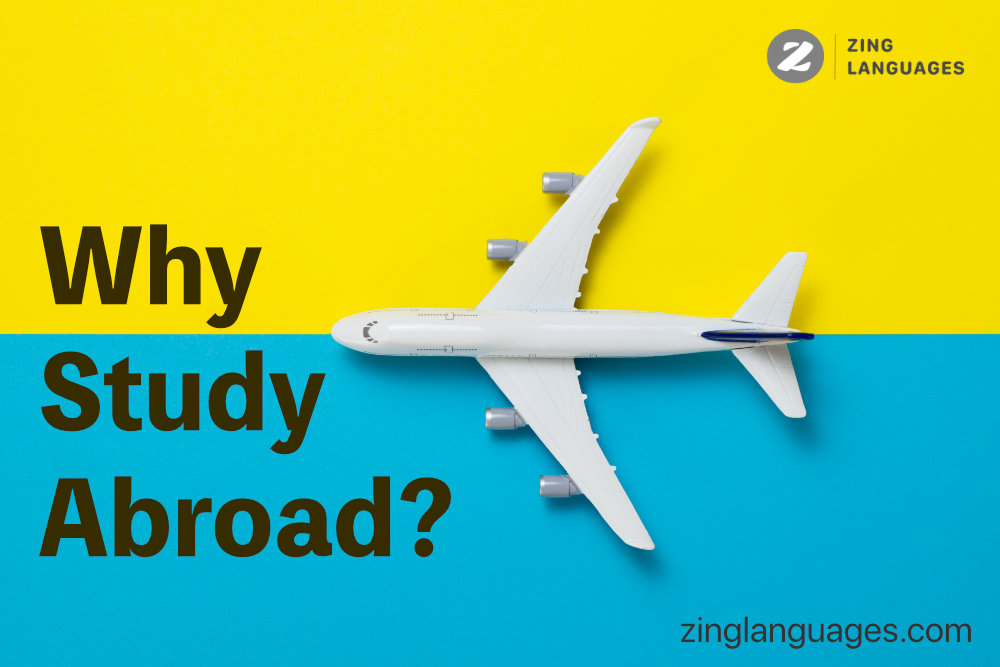 Why study abroad? Studying abroad creates new experiences and provides the students opportunities to explore the global outlook and pursue job opportunities about their career.…

Italy has a rich history, so are the languages of Italy. The official language that is spoken in Italy today is Italian. Over 59,000,000 million…

Studying abroad opens the door to plenty of opportunities to gain a rewarding experience at a cost. But in certain scenarios, you can pursue your…

If you are planning to learn a new language, I am sure you would have had the dilemma of choosing between French Vs German. The…

How to speak English fluently? Speaking English fluently is a kind of art. Go beyond the classroom walls and spend your resources effectively to develop a native-like fluency in English.

Zing Languages is an online language learning platform connecting students with the native speakers and local tutors. The language system is the mirror of a culture; The language we speak is different from what we learn in a textbook just as knowledge is different from application. Only 30% of communication depends on the language and the rest of the 70% is all about how you say it! This 70% is about body language – expression and tone. Hence, the language courses are designed based on the practical language used in the day-to-day conversations to enable the students apply their learnings in the real-life situations with the native speakers of the language.